In a previous blog, we discussed High Temperature Hydrogen Attack (HTHA) - what it is, how it occurs, and briefly touched on modern detection methods.

Next, we’ll look at susceptible assets and the tools and technology to stay on top of potential issues. These tools are applicable at each stage for preventing, monitoring, and mitigating HTHA.

The 2010 Tesoro oil refinery heat exchanger explosion is an example of an extreme consequence of HTHA. In that case, the damage and ripple effects were catastrophic. While the impact of HTHA may be of a much lesser extent in other cases—for example, superficial decarburization of tubing (only penetrating the surface layer), ultimately, if gone undetected, any instance of HTHA can still lead to disruptive or costly operational impacts.

In fact, what makes HTHA so dangerous is how it develops. It is not a consistent progression that can be easily spotted and rectified. Rather, it begins very slowly and is not observed. The length of this stage is anyone’s guess, commonly referred to as the HTHA incubation period. Once the so-called incubation period is complete, HTHA accelerates rapidly.

If HTHA risks are not recognized for the asset prior to inspection, it is even more unlikely to be detected during the inspections. Incubated HTHA is just not top-of-mind for the inspector; but how does an operator know whether its facility or equipment is susceptible to HTHA?

The initial shortlist of HTHA risk parameters include:

All hydroprocessing units (hydrocrackers, hydrotreaters, and catalytic reformers) along with hydrogen, methanol, and ammonia producing units, should be on the HTHA potential list, according to Mike Urzendowski, a technical advisor at Valero Energy in 2013. Following the Tesoro event, Urzendowski authored an article detailing the company’s perspective on HTHA risk mitigation. (Inspectioneering Journal, November/December 2013.) In addition to these assets, high-pressure boiler tubes are also widely recognized as susceptible.

As noted in HTHA blog part one, the Nelson Curve (modeling based on process data that was voluntarily submitted to the American Petroleum Institute) had traditionally been used as the guideline for determining whether the equipment was at risk for HTHA. Operating below the curve indicated safe conditions, and above the curve, unsafe.  Following the Tesoro incident, the U.S. Chemical Safety Board (CSB) issued a notice that carbon steel models for the Nelson Curve were not accurate, and that actual operating data—specific to each facility—should be used to gauge a particular piece of equipment’s susceptibility.

Based on the CSB’s recommendations, the American Petroleum Institute adjusted the carbon steel Nelson Curve. However, even after the adjustment, the CBS said the new curve still “allows refinery equipment to operate at conditions where HTHA severely damaged the Tesoro heat exchanger,” and that “the use of a curve not incorporating significant failure data could result in future catastrophic equipment ruptures.”

Subsequent CSB recommendations included the requirement of inherently safer materials to the greatest extent feasible, verification of actual operating conditions to confirm that construction material selected prevents HTHA equipment failure, and the prohibition of the use of carbon steel in processes that operate above 400 degrees Fahrenheit and greater than 50 psi hydrogen partial pressure.

In line with the recommendation of verifying operation conditions (see link), Urzendowski recommends data collection on each piece of equipment and piping circuit possessing HTHA potential. Data collected should, at a minimum, include the following: 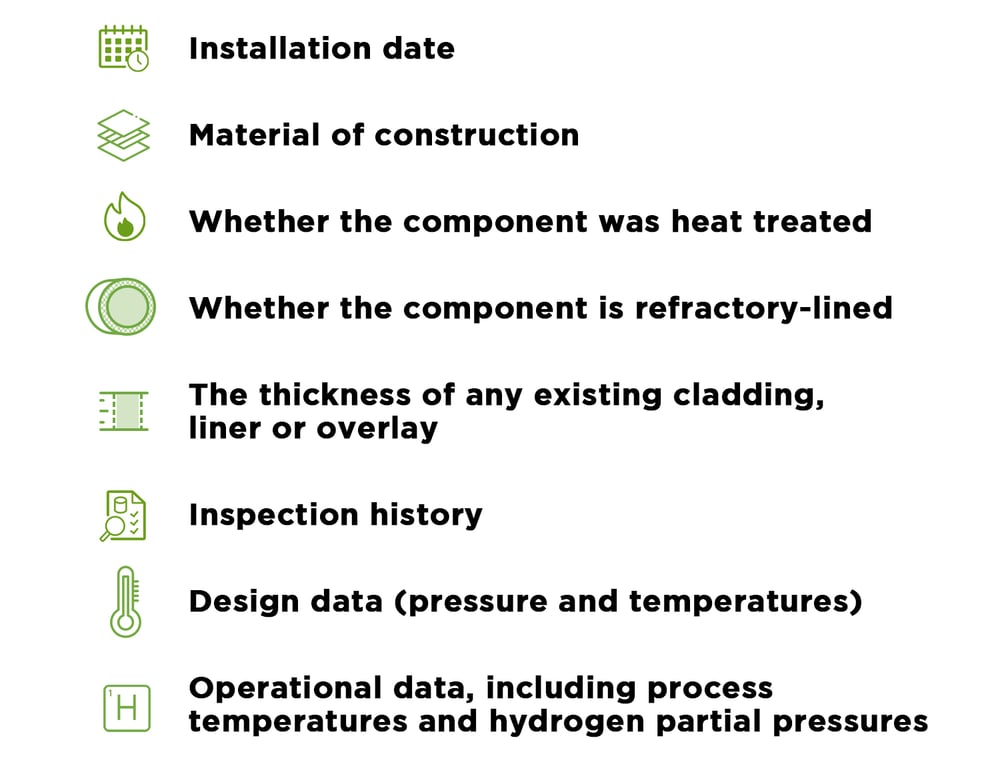 The Value of Inspections & Evolving Technologies

Due to the microscopic and localized nature of the cracks, inspecting for earlier-stage HTHA is difficult. In a 2016 safety alert, the CSB concluded that inspections “should not be relied on to identify and control HTHA, as successful identification of HTHA is highly dependent on the specific techniques employed and the skill of the inspector.”

In the years since then, technologies and expertise have advanced dramatically. Although conventional UT technologies are not highly effective in detecting tiny cracks, advanced ultrasonic testing technologies—whether used alone or in conjunction with one another—can be used for early, effective HTHA detection when performed by experienced professionals. Combined with much of the data collection efforts in the bullet list above, operators have excellent tools to detect and mitigate HTHA.

Advanced ultrasonic backscattering (AUBT), developed by Shell in the 1990s, has been the industry standard when it comes to detecting HTHA. AUBT utilizes a scanning tool that deploys a pattern-based backscatter to detect changes or defects caused by hydrogen damage. Using high-frequency, ultrasonic probes and an oscilloscope, an electronic display instrument, AUBT provides A-scan displays for analysis of the surface condition and determines the progression of defects through the asset wall. While largely considered to be accurate and reliable, it does have limitations, including its difficulty on assets with complicated geometry. Additionally, there are reports of AUBT missing late stages of HTHA.

What other options are available to detect HTHA at early stages?

Phased Array Ultrasonic Testing (PAUT) is recognized as a leading technology for HTHA detection and can be quickly performed during a maintenance outage. It can detect microcracks and the methane voids that ultimately lead to advanced HTHA. In short, the technology uses programmed piezoelectric elements that pulse individually at calculated times, as well as angled ultrasonic beams, to provide 3D images that can unveil difficult-to-detect cracks or flaws, or provide thickness measurements.

Advantages include high-resolution mapping and high-volume data collection. It is fast, consistent, cost-effective, and has a high probability of detection. 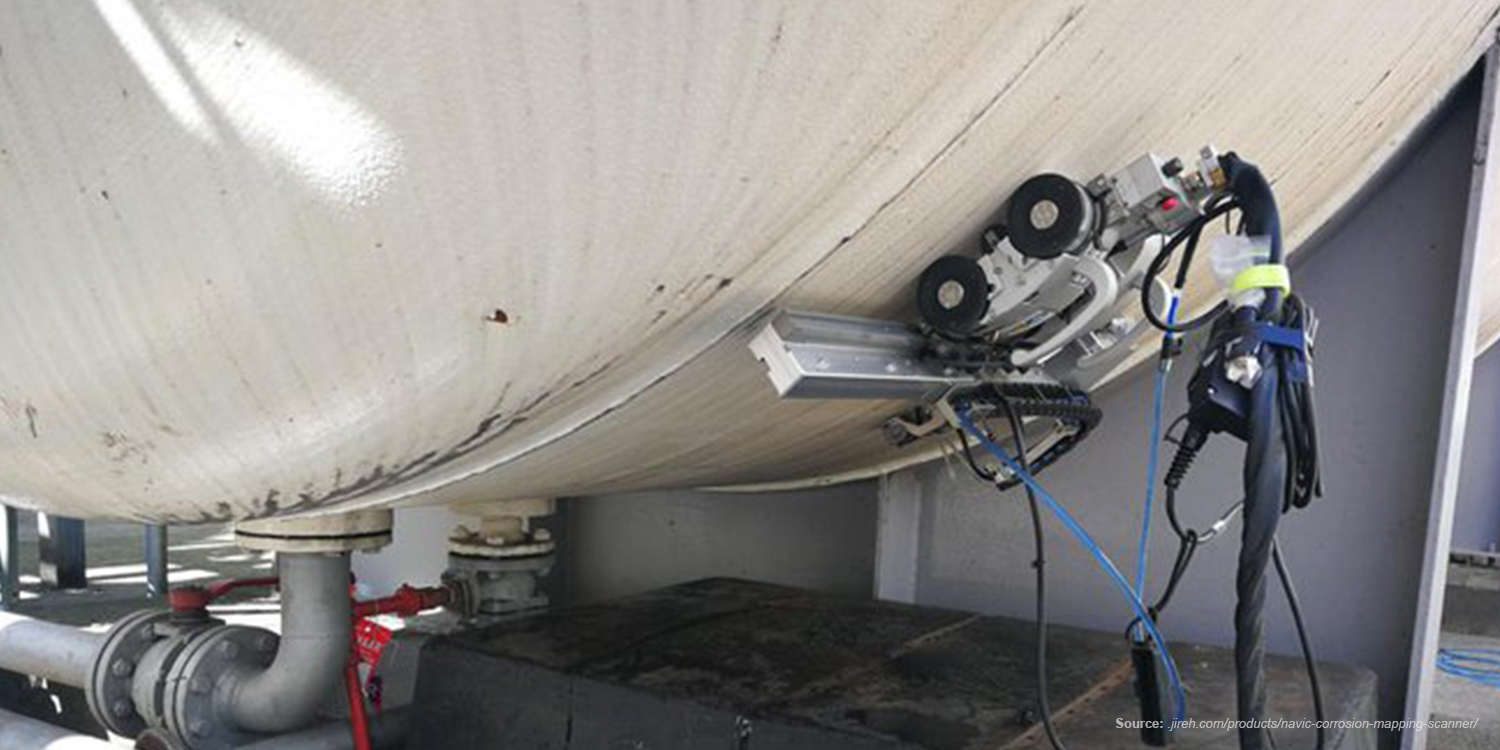 Under the PAUT umbrella is the Total Focusing Method (TFM), a post-processing method that takes flaw or damage characterization to the next level. Allowing operators to distinguish HTHA from other types of asset damage, TFM uses algorithms based on the data achieved during PAUT to focus on every point in each array, allowing for higher detection of small defects, such as those in early-stage HTHA. 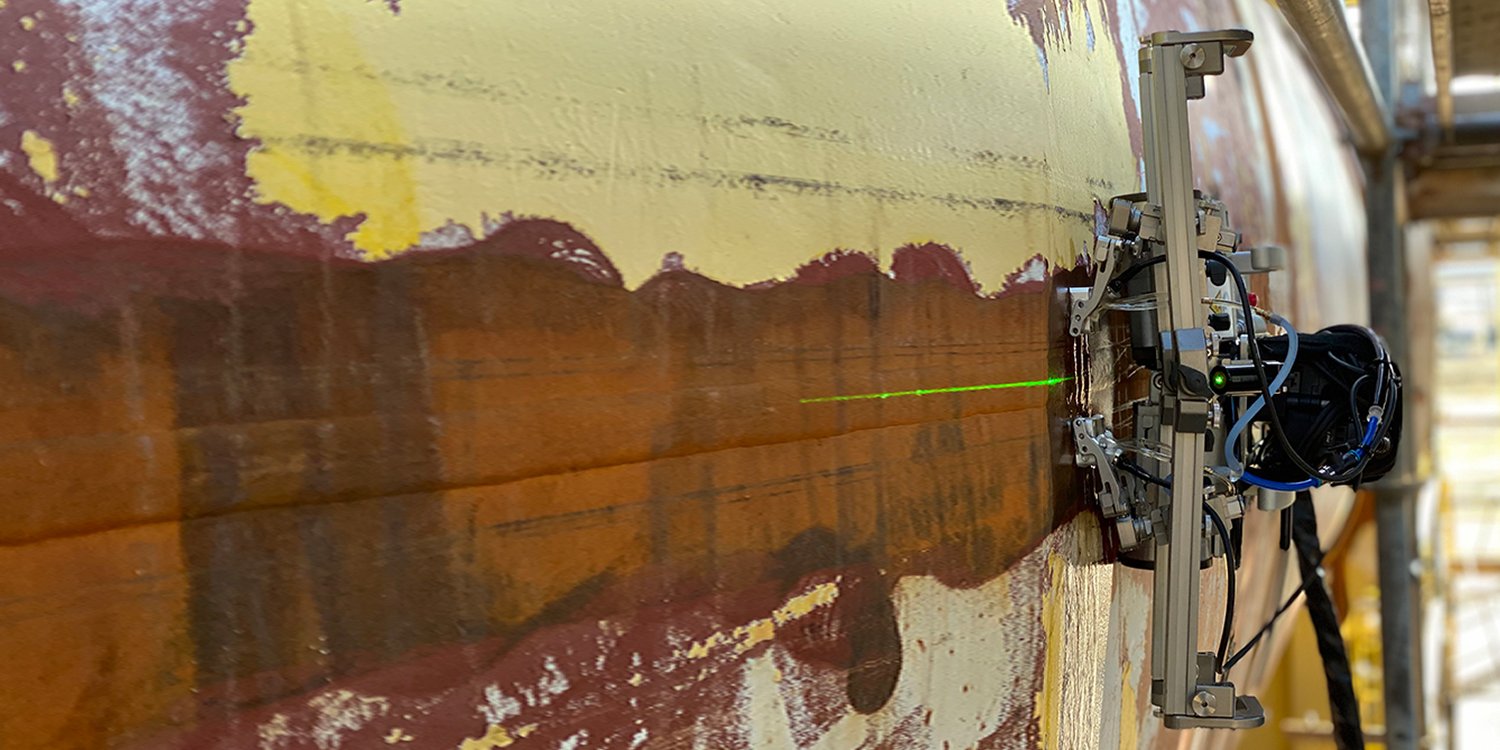 Time of Flight Diffraction (TOFD), produces ultrasonic images similar to PAUT and is often used in conjunction with it. Instead of pulse reflections, it makes use of pulse diffraction. The pulse waves do not return--rather, they are collected by an opposing receiving device in contact with the equipment, and the flight time is used to characterize and locate defects. For example, the depth of a crack in a pipeline weld. Although TOFD can provide data on crack depth and location, one limitation is the inability to specifically characterize the type of defect, which PAUT/TFM can. When used together, TOFD and PAUT can provide data on defect length, depth, and type for maximum detection probability.

HTHA Detection in Your Inspections

In summary, HTHA is a dangerous condition that operators should not ignore. Although it was previously industry guidance, operating below the Nelson Curve is no longer considered enough to safeguard against HTHA. Each asset should be characterized for its risk of HTHA based on the operating profile and be highlighted in the asset’s inspection plan.

New technologies have overcome the previous limitations regarding early-stage detection and can be quickly and safely performed. Utilizing these modern technologies deployed by experienced professionals, operators can now address the full spectrum of asset health and bring inspections to the ultimate level of effectiveness.

Reach out to the Gecko team today to learn about how to best evaluate your assets for HTHA and other damage conditions detrimental to your equipment.