While storms such as Uri rarely occur in the Gulf Region, it has magnified the fact that refineries, power plants, and other energy infrastructure there are not designed to withstand climatic conditions common in the North (though lawmakers are now being pressured to require winterization of generators and power plants). In scenarios such as this, the interconnected nature of our energy infrastructure is truly revealed. While all types of weather—including hurricanes, heat waves, and drought—can impact energy operations, let’s put the lens on the unconventional circumstances that recently occurred in Texas. 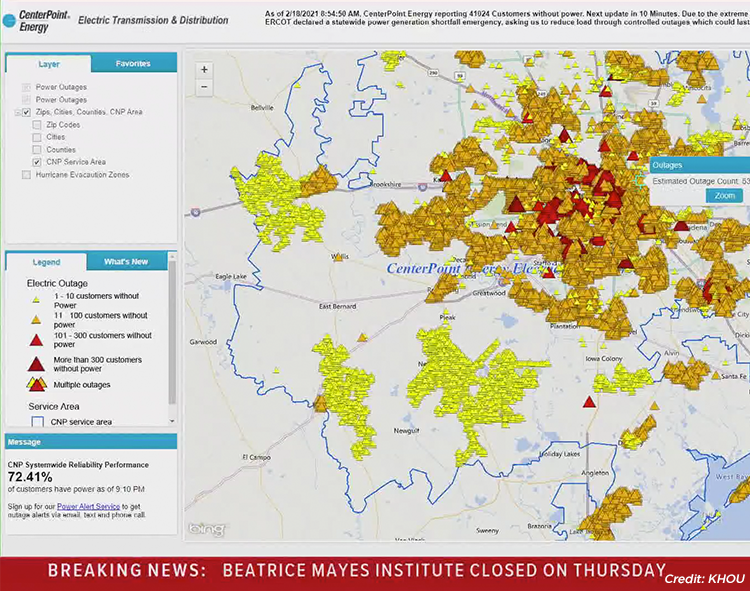 When heat or power is lost in northern states, in the vast majority of cases, it’s a power line interruption caused by high winds, lightning, freezing rain, or snow—elements the power grid is designed to handle. These outages are most often quickly resolved. In northern regions, energy facilities are typically housed in enclosed buildings—boilers, turbines, generators, and other equipment—and protected from the weather. Exposed components—and even those not directly exposed, such as in-ground pipelines—are reinforced to withstand these harsh winter conditions. In warm regions, however, assets and infrastructure are largely unprotected (although in the cases of power plants, lack of enclosure prevents extreme heat buildup during high-temperature days). Operators in southern oil states are not experienced and equipped to function in freezing conditions, as they are in Alaska or North Dakota. While some facilities in the South have general winterization plans or strategies, they are not sufficient to withstand extremely cold temperatures outside the safe operating range for equipment in gas plants and oil refineries.

During Uri, nearly everything that could have gone wrong did. Power plants failed (in fact, ERCOT—the organization that operates Texas’s electric grid—reported 24 failures in just the Greater Houston area, with more than 20% failing statewide). Electricity transmission was disrupted due to plant operation issues caused by freezing temperatures (Dallas reported -2 ° F as its lowest temperature). Natural gas wells froze, pipeline compressors lost power, and the issues didn’t stop there.

Many refineries were forced to cease operations. In the U.S. Gulf Coast, petroleum infrastructure has very seldomly operated in freezing temperatures. With the full or partial shutdown of several refineries, it was the largest reduction in Gulf Coast refinery operations in several years, the U.S. EIA reported, with reasons including external power outages, constrained natural gas supplies, logistical disruptions, or damage to process units.

To put the strain on refineries into further context, based on the Weekly Petroleum Status Report, gross inputs of crude oil and other feedstock to U.S. refineries declined 2.7 million barrels per day, or 18%, for the week ending February 19. The U.S. Gulf Coast region accounts for more than half of U.S. refinery capacity, with Texas consisting of 32% of total U.S. capacity. 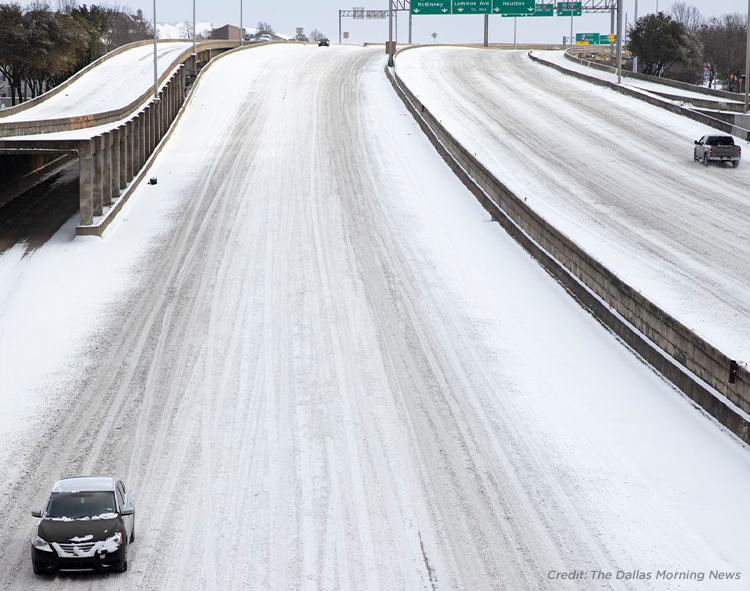 During times of very cold weather, energy demand increases significantly, which exacerbates disruptions. Further impacts include broader infrastructure issues associated with the weather, including logistical disruptions on waterways, damage to crude oil pipeline systems, road closures, and subsequent personnel complications. In its Feb. 24 edition, “This Week in Petroleum” reported infrastructure damage that would take some refiners weeks to repair and resume normal operations. As a result, Texas has seen a surge in prices, with reports of gasoline shortages. By March 8, according to ICIS, only seven of Texas’s 18 refineries were operational.

Moving onto logistics, wintry road conditions also come into play. Trucking activities were halted in key areas, particularly the Permian Basin and Panhandle, reported the Texas Railroad Commission, which emphasized that, due to the unprecedented freezing conditions and intermittent power loss, there were concerns for employee safety, which also affected production.

As for consumers without clean—or any—water, treatment plants were knocked offline, and thus, unable to do their job of purification. Consumers who did have running water were advised to boil it. In addition, freezing temperatures caused water line breaks, and in many reported cases, lack of heat in non-weatherized homes resulted in burst pipes.

And yet another impact: The innovation of using mobile technology to send and obtain data to wells was temporarily lost.

As for the ripple effects of Uri, Texas’s deregulated electricity market resulted in, according to some reports, power prices rocketing by 10,000% or more, costs passed on to the consumer. Across the country, as far north as Minnesota, consumer natural gas bills experienced a spike.

Notably, oil and natural gas facilities were not alone in being impacted by the storm—coal, nuclear, and wind energy production all experienced drops. 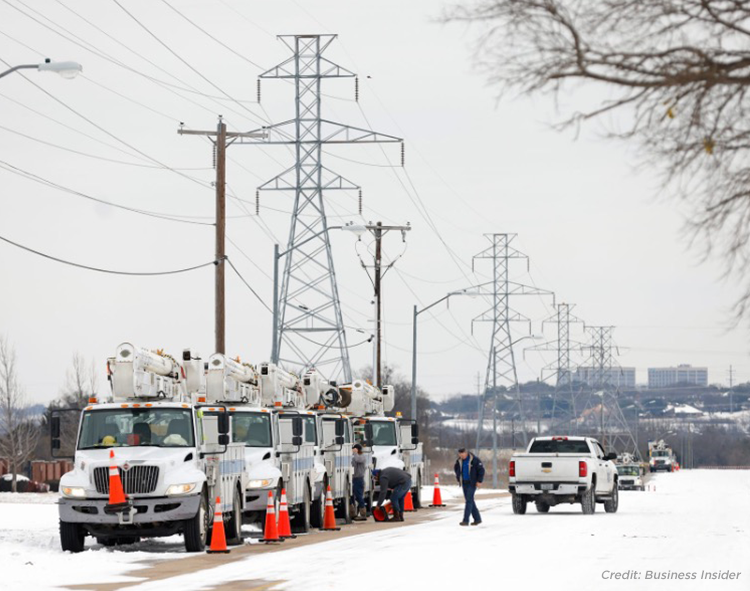 As impacted operations continue to make repairs, restart and ramp up production, unforeseen impacts may begin to surface. As one energy expert told the Oil & Gas Journal in the wake of winter storm Uri, many refiners had held off on planned outages and maintenance, due to reduced demand for the duration of the COVID-19 pandemic. That decision may prove problematic with production resuming, as potential damage done by the storm, coupled with increased stress on machines, could result in breakdowns or unplanned outages.

Integrating professional inspections into plant O&M plans is very effective in identifying failure risks and saving money in the long run. However, in the aftermath of a disruptive event such as Uri when a facility has undergone significant stress—and is already offline—operators may greatly benefit from an (unplanned) inspection of the asset, its components, and connected equipment. Not only will they gain a complete understanding of asset health through extremely detailed datasets, doing so may prevent potential failures that would have otherwise resulted in further downtime, and potentially, costs exponentially higher than the inspection and initial repair.

For assets that must immediately return to service, on-stream inspections—performed while equipment is in operation—can identify whether certain wear parts or cyclical components are suitable for continued operation when a repair is sufficient, or replacement is necessary.

Finally, with the Texas legislature facing increasing pressure to mandate the winterization of energy assets such as freeze protection and insulation equipment. Facility operators may choose a proactive approach of gaining access to high-resolution, full-featured equipment performance data sets to gauge asset performance and assist in initial budgeting.

Taking the Next Steps with Gecko Robotics Inspections

Amidst challenging times, Gecko Robotics has the skill, technology, and availability to respond to inspection needs across equipment types.

Interruptions in production and unplanned releases are costly at best, and catastrophic at worst. Reach out to our team to discuss how to best recover from an unconventional, operational outage, and become stronger in the process.

Learn More About Our Inspection Services

We inspect assets in the Power, Oil & Gas and Paper Industries. Learn how our inspection services improve the safety and reliability of your assets. 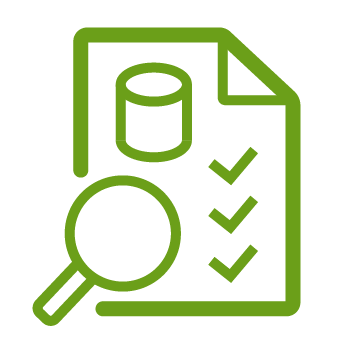